5 Wealthy Celebrities Who Passed Away Without an Estate Plan

“Estate planning is an important and everlasting gift you can give your family. And setting up a smooth inheritance isn’t as hard as you might think.” —Suze Orman

Despite the fact that learning some estate planning basics and coming up with a plan isn’t that difficult and is such an important process, many people fail to do so. While that might not matter much for someone who does not own a home and is living paycheck to paycheck, anyone with savings and valuable possessions should certainly have a living will in the event that tragedy strikes. If you are unsure of how to do that, a reliable estate planning attorney can help.

Interestingly enough, many celebrities with huge estates and plenty of assets fail to do so. That makes estate distribution difficult and puts massive stress on families of the deceased.

The legendary musician and cultural figure had an estate valued at roughly $30 million at the time of his death. Despite the fact that he was diagnosed with cancer some eight months before he died, he never completed a will and, when he died in 1981, dozens of claimants wanted a piece of his estate. Working with a good estate planning attorney might not have fit his lifestyle, but it would have been a wise decision

Picasso was 91 years old at the time of his death and had a $30 million dollar estate that included five homes, cash, gold, bonds, and, of course, artwork. But because he had no will, it took six years for his estate to be distributed to six different heirs.

The talented rocker spent a lot of time working on his unique guitar-playing style and writing licks that are still widely popular today. But he never spent any time developing an asset protection plan and, after he died in 1970, it took 30 years for his estate to be distributed.

It’s not just musicians and artists who fail to work with estate planning attorneys and develop an estate plan. The only will found from the eccentric billionaire was proved to be forged. As a result, his estate was divvied up between 22 different cousins.

The iconic American figure owns a number of distinctions, including being the face of the abolition of slavery and the first president to be assassinated. Unfortunately, he is also the only president to die intestate and with no will in place. That is particularly surprising because he was a lawyer himself.

Even though you might not have a million-dollar estate or dozens of people willing to spend decades trying to get an inheritance, having a will and estate plan is always a good idea. 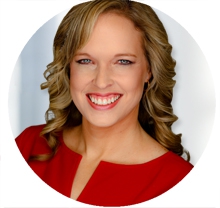